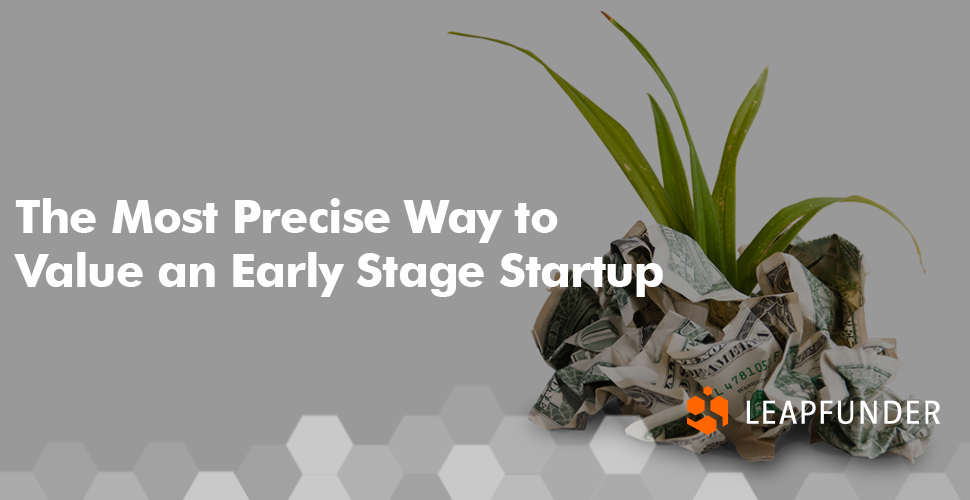 You see a talented team with a great plan, a slick presentation and a functional demo. You believe in their plan, and you want to invest. But what is the company worth? There are no customers yet, only leads, there are no earnings, only costs. The company does not have any tangible assets. How do you put a price on that?

The most common way early-stage startups measure the value of their company is based on how much money they think they need. Then they decide by ‘gut feel’ how much equity they are willing to give away for that amount of investment. And so we see a startup raising 100K euros in exchange for 20% equity, implying a valuation of 0,5 million euros/dollars, not because they believe that’s what it’s worth, but because E100k is what they need and 20% is as much as they are willing to part with. This is not an economic valuation at all.

Investing in early-stage startups always come with great risk, but the risk is even greater when your valuation is based on nothing.You can also try to build a spreadsheet based on the startup’s financial forecast, but of course that’s all just your guesswork. If you still decide to take that road, make sure you can defend the valuation by comparing to recent valuations of the closest competitors in the target market. But there is another solution…

How to value a startup

Don’t! If you try to value an early-stage startup you will almost always get it wrong. Either it will be undervalued and the company sells too many shares, or it will be overvalued and the investor pays too much. Both ways the company runs into trouble in the next financing round. If the founders have sold a huge slice of their company in the first round they will be reluctant to dilute even more. If the company was valued too high there will be a down round which is bad for the earlier investors.