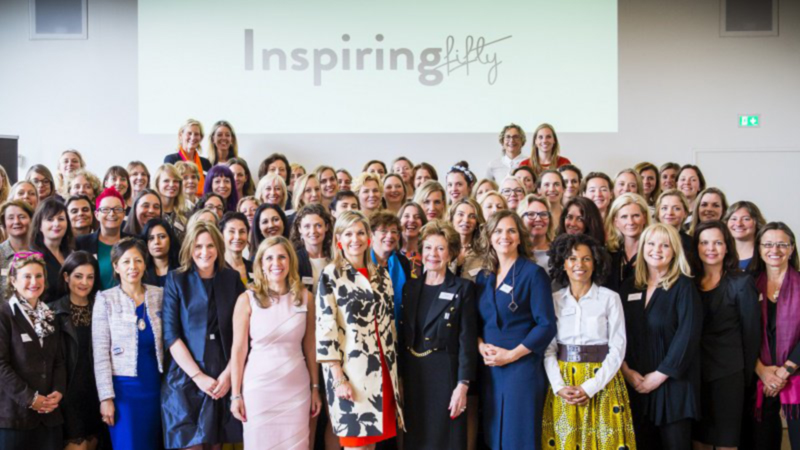 It’s no secret that women face challenges in the entrepreneurial world. Gender inequality is still an issue, even in the most developed countries. The Netherlands has some amazing women on top of the industry & they’ve decided to unite in order to make some changes.  As Queen Máxima nicely put it at TheNextWomen Innovation Summit of this week’s Startup Fest Europe,  “It’s time to rev up the engine!” 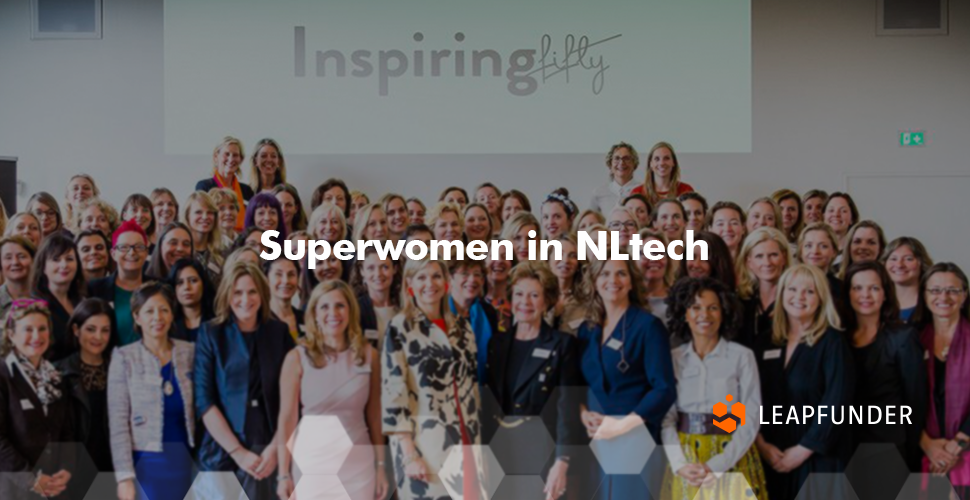 The number of Superwomen in NL Tech is definitely growing & one of the women who got the ball rolling is Neelie Kroes, a Dutch politician who got on the  Forbes’  World’s 100 Most Powerful Women list 5 times for her enormous contribution to  Holland economy & entrepreneurship. In 2014, she was appointed Special Envoy for Dutch startups and she has devoted the last 18 months with Startup Delta to establish the Netherlands as the best country in Europe to start up a business. She did a marvellous job & put The Netherlands in the centre of the startup map of Europe. In her speech at the Innovation Summit, she talked about women cooperation & encouraged them to stick together & become each other’s role models : “In tech, women are not really part of the pool of talent. We should take each other by the hand and take the lead in pushing boundaries. Become inspiration to others, become a role model. Think of your role models. I’m sure they’ve heard ‘no’ at some time in their career.”

The Innovation Summit we keep mentioning took place this Monday & unofficially opened the Startup Fest Europe. Over 40 speakers shared their experience, tips & visions of the future in front of 1100 women! To say the event was a great success would be a complete understatement. TheNextWomen CEO and Innovation Summit organizer Simone Brummelhuis, created a community of investors, entrepreneurs & advisers who inspire & support the growth of female entrepreneurs -from startups to companies making millions. The idea behind TheNextWomen is to connect the global & local community of ambitious entrepreneurial women specifically targeting their business needs. Simone recognized the great presence of female entrepreneurs in the Netherlands & decided to bring them all closer together.  Here are some of the Superwomen in NLtech we wanted you to get to know better:

Joëlle is the CEO and co-founder of Improve Digital, a company that offers real-time advertising technology to publishers and digital media. She gained her first experience in yield management at KLM Airlines after which she created one of the first social media startups she later successfully sold to Sanoma. That got Microsoft’s attention and she quickly got a job as a director at Microsoft Media Networks EMEA, where she launched and oversaw Microsoft’s private ad network and solved the issue of the company’s unsold inventory.  This is where Improve Digital came along & launched her in the entrepreneurial elite.  Both Joëlle and Improve Digital have won and have been nominated for several awards including Deloitte Fast 50, Deloitte Rising Star, Red Herring 100, Emerce European Startup top 10 & Top 100 most influential business women.

Barbera is the CMO of Telegraaf Media Groep, one of the largest news media companies in the Netherlands. They have numerous strong brands such as De Telegraaf, DFT, Telesport, Metro, Privé and 3 national radio broadcasters. Digitization of content has shown tremendous progress in the last couple of years and Barbera has not only kept up with the trends, but also created valuable innovations along the way. She placed second in the Adformatie top 100 list of the best marketers in the Netherlands in 2015 and is the spokesperson for the Dutch creative industries

Vivienne started her entrepreneurial journey in her parents’ company Difrax which she took over in 1999 and transformed into an award-winning brand with its own product development and an international focus. Today, Difrax is the Dutch market leader for baby bottles, pacifiers & cuddly toys whose innovative design has proven to be one of the key success factors. Their latest innovation is the 3-Stage Pacifier which sets them above all other pacifiers on the market because they are designed to grow with the baby. Through her company, Vivienne supports numerous national and international charity organisations which help children in need.  In addition to that, she is also the President of the World Association of Manufacturers of Bottles and Teats & the President of the Dutch chapter of the Entrepreneurs Organization. Her widespread activity  was recognized and she rightfully won the title of Business Woman Of The Year 2016. She’s known for one of her famous quotes : “Invest in yourself. You have to keep your energy high, ideas flowing and optimism thriving.”

Founder of DQ & A Media Group, the leading independent digital marketing specialist & co-founder of Peak Capital, Heleen is a real #GirlBoss. Her passion for business led her to become one of the creators of LOEY Awards & Online Tuesday as well as a member of many entrepreneurial boards and foundations. She’s definitely a force to be reckoned with & a true role model for every female getting into the industry. Under her experienced management, DQ & A quickly developed into an international media company, which operates in 8 countries and offers advertisers the highest possible return on their campaign budgets.

Founder of Favoroute, Frederieke is an experienced traveler & entrepreneur who decided to turn her passions into a brand. She gathered amazing bloggers, travel journalists & locals and created Favoroute, an app that serves as the unexpected travel guidebook. Today, the number of  Favoroute Travel Designers has come to a little over 150, and together, they’ve created the first 250 travel guidebooks! Hidden gems, offline maps & unexpected discoveries – everything you need for an adventurous, never-able-to-forget travel experience! We’re proud to say that their funding round is currently being raised via our platform and we invite you to become a part of this amazing project! Visit their round here.