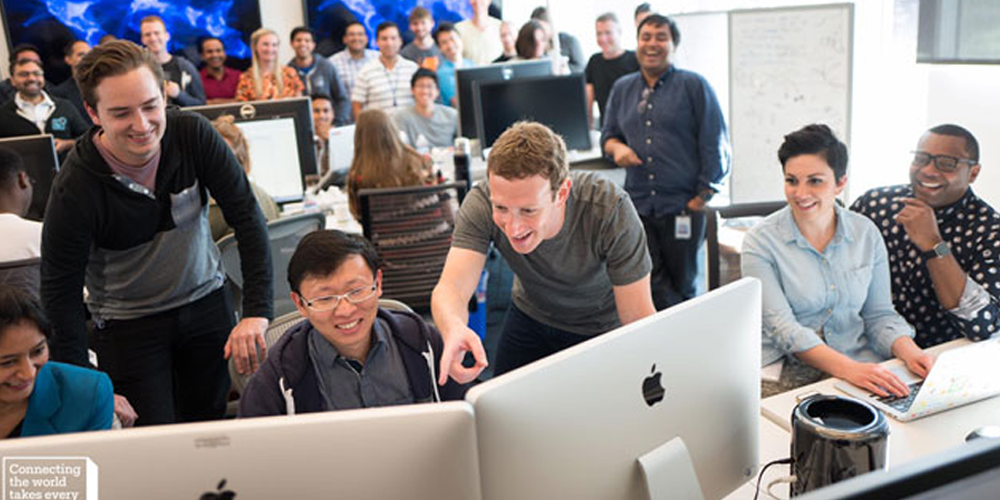 Everybody wants to build the next Facebook. Every (inexperienced) investor is secretly hoping to be the one to invest in “the next Facebook”. How do you recognize it? How do you know that the problem you’re looking to solve is the one problem shared by many? Mark Zuckerberg tackles some of these ideas in his Harvard Commencement Speech. Read our main takeaways. Watch the video, get inspired, be prepared to be misunderstood & get started. “The greatest successes come from having the freedom to fail”. 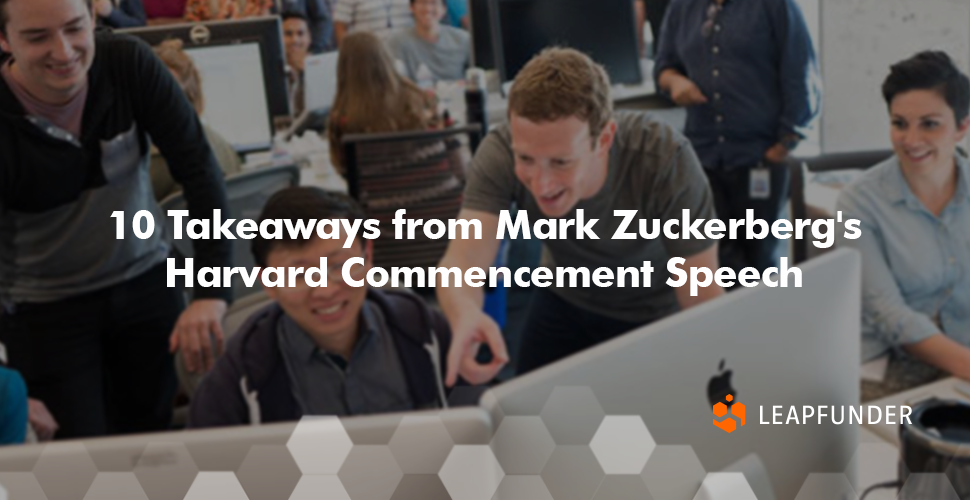 1. Purpose is what creates true happiness.

To keep our society moving forward, we have a generational challenge—to not only create new job but create a renewed sense of purpose.”

2. A change in the world that seems so clear you’re sure someone else will do it. But they won’t. You will.

“I was excited to connect the Harvard community, but one day someone would connect the whole world. The thing is, it never even occurred to me that someone might be us. We were just college kids. We didn’t know anything about that. There were all these big technology companies with resources. I just assumed one of them would do it. But this idea was so clear to us—that all people want to connect. So we just kept moving forward, day by day.”

3. Without a sense of higher purpose, selling was the startup dream come true. It tore our company apart.

“After one tense argument, an advisor told me if I didn’t agree to sell, I would regret the decision for the rest of my life. Relationships were so frayed that within a year or so every single person on the management team was gone.
That was my hardest time leading Facebook. I believed in what we were doing, but I felt alone. That is how things work with no sense of higher purpose. It’s up to us to create it so we can all keep moving forward together.”

4. The idea of a single eureka moment is a dangerous lie.

“Ideas don’t come out fully formed. They only become clear as you work on them. You just have to get started. Movies and pop culture get this all wrong. The idea of a single eureka moment is a dangerous lie. It makes us feel inadequate since we haven’t had ours. It prevents people with seeds of good ideas from getting started.”

5. Be prepared to be misunderstood.

“Anyone working on a big vision will get called crazy, even if you end up right. Anyone working on a complex problem will get blamed for not fully understanding the challenge, even though it’s impossible to know everything upfront. Anyone taking initiative will get criticized for moving too fast, because there’s always someone who wants to slow you down.”

“How about stopping climate change before we destroy the planet, and getting millions of people involved manufacturing and installing solar panels? How about curing all diseases and asking volunteers to track their health data and share their genomes? Today we spend 50x more treating people who are sick than we spend finding cures so people don’t get sick in the first place. That makes no sense. We can fix this. How about modernizing democracy so everyone can vote online, and personalizing education so everyone can learn? Let’s do big things, not only to create progress, but to create purpose.”

7. Redefining equality to give everyone the freedom they need to pursue purpose.

“I don’t know a single person who gave up on starting a business because they might not make enough money. But I know lots of people who haven’t pursued dreams because they didn’t have a cushion to fall back on if they failed. We all know we don’t succeed just by having a good idea or working hard. We succeed by being lucky too. If I had to support my family growing up instead of having time to code, if I didn’t know I’d be fine if Facebook didn’t work out, I wouldn’t be standing here today. If we’re honest, we all know how much luck we’ve had.

Every generation expands its definition of equality. Now it’s our time to define a new social contract for our generation. We should explore ideas like universal basic income to give everyone a cushion to try new things.”

8. Giving everyone the freedom to pursue purpose isn’t free. People like me should pay for it. Many of you will do well and you should too.

“It’s not just about money. You can also give time. I promise you, if you take an hour or two a week—that’s all it takes to give someone a hand, to help them reach their potential.
Maybe you think that’s too much time. I used to. We can all make time to give someone a hand. Let’s give everyone the freedom to pursue their purpose—not only because it’s the right thing to do, but because when more people can turn their dreams into something great, we’re all better for it.”

9. Create a sense of purpose for everyone by building a community. And when our generation says “everyone,” we mean everyone in the world.

“In a survey asking millennials around the world what defines our identity, the most popular answer wasn’t nationality, religion or ethnicity, it was “citizen of the world”. That’s a big deal. Every generation expands the circle of people we consider “one of us.” For us, it now encompasses the entire world.”

“The forces of freedom, openness and global community against the forces of authoritarianism, isolationism, and nationalism. Forces for the flow of knowledge, trade and immigration against those who would slow them down. This is not a battle of nations, it’s a battle of ideas. There are people in every country for global connection and good people against it.
This isn’t going to be decided at the UN either. It’s going to happen at the local level, when enough of us feel a sense of purpose and stability in our own lives that we can open up and start caring about everyone. The best way to do that is to start building local communities right now.”

Class of 2017, you are graduating into a world that needs purpose. It’s up to you to create it.

Founder or funder, we hope you found some inspiration in Mark’s speech. Now, get started! Join our purpose while you’re at it – Leapfunder believes there is enough capital out there for every good idea. By offering an Angel network and a standardized investment structure small investments become possible. There is power in numbers and many smaller investors can still bring together a very significant starting capital. Join us.